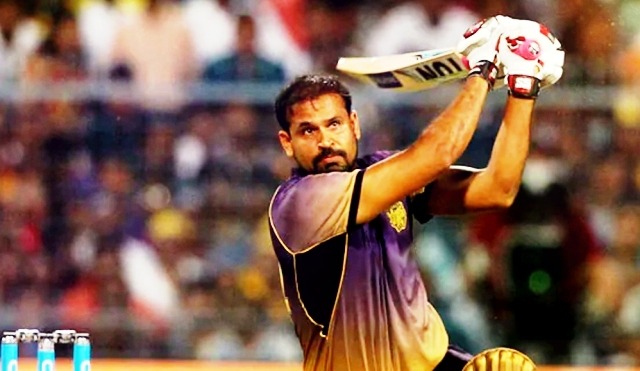 Yusuf Pathan announces retirement from all forms of cricket

Bhubaneswar: Indian cricketer Yusuf Pathan on Friday announced his retirement from all forms of the game.

Releasing a statement on Twitter, Pathan recounted memories of wearing the India jersey for the first time and later going on to lift two World Cups for the country.

I thank my family, friends, fans, teams, coaches and the whole country wholeheartedly for all the support and love. #retirement pic.twitter.com/usOzxer9CE

Pathan also thanked the captains he has played under, including MS Dhoni, Shane Warne, and Gautam Gambhir.

The right-handed batsman made his international debut in a T20I match in September 2007 against Pakistan. He played his first ODI in June 2008 against the same opposition.

In his career, Pathan played from three IPL teams — Rajasthan Royals, Kolkata Knight Riders, and Sunrisers Hyderabad. In 174 matches, he has scored 3,204 runs at an average of 29.12 and a strike rate of 142.97.