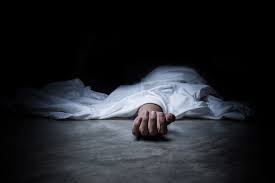 Cuttack: The body of a youth was found floating in the Mahanadi river in Cuttack yesterday.  The deceased has been identified as Satyanarayan Sahu (24), son of Rajkishora Sahu from Mohammadiya area under the Lalbagh police station limits.

According to sources, Satyanarayan was going through stress due to a shortage of money. The youth went outside without informing at home and did not come back even after hours, family sources said.

However, on Thursday morning, locals spotted the lifeless body floating in the river and alerted the police about the same. Reportedly, cops reached the spot, fished out the body, and sent for post-mortem.
An investigation into the incident is underway, sources said.