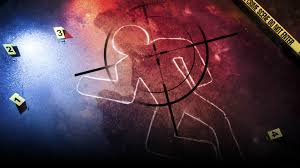 Koraput: A youth was allegedly killed by miscreants at Kumbharsahi under Jeypore Town police limits in Koraput district.

The deceased was identified as Chandra Paraja of Malisahi in Jeypore.

According to sources, some local residents spotted the lifeless body lying in a pool of blood along the roadside and informed the concerned family about the same.

Upon intimation, police reached the spot and seized the body for post mortem. A probe into the case is underway, sources said.