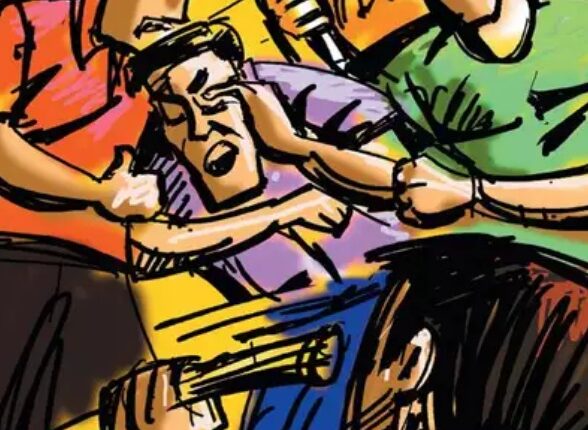 Youth Thrashed Over Suspicion Of Being Child Lifter In Rayagada

Rayagada: A youth was severely thrashed by an angry mob over suspicion of being a child lifter at a village under Bissamcuttak police limits of Rayagada district.

The victim has been identified as Manoj Yadav of Akbarpur of Bihar.

According to sources, the villagers were celebrating a festival when three youths on a motorcycle were seen roaming inside the village. Soon, some villagers started suspecting that the youths started chasing them. While locals nabbed one of them, two others managed to escape from the spot.

Later, they thrashed suspecting him to be a child lifter.

Later, the police reached the village and rescued the youth. The police also seized a mobile phone from him.