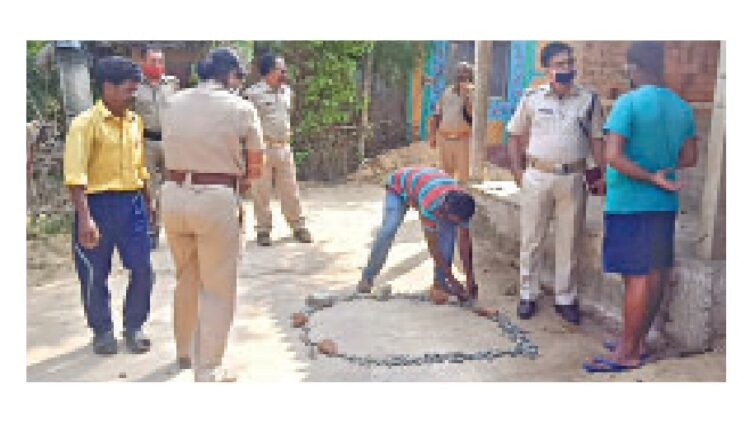 Keonjhar: A youth was thrashed to death over a bizarre issue in Aanra village under Nandipada police limits of Keonjhar district.

The deceased was identified as Ananda Nayak.

According to sources, Bhima Khandei’s family had used fertilizers on their field. However, a hen of Laxman Mallik ventured into the farmland and fed on the spinach following which it died as the vegetation was laced with fertilizer.

Following this, elderly members of the village called upon both the families to sort the matter.

However, the Babana Behera and Ananda engaged in themselves in an altercation, Irked over this, Babana’s son hit Ananda with a cricket bat killing him on spot.

On being informed, reached the spot and sent the body for post mortem, sources said.