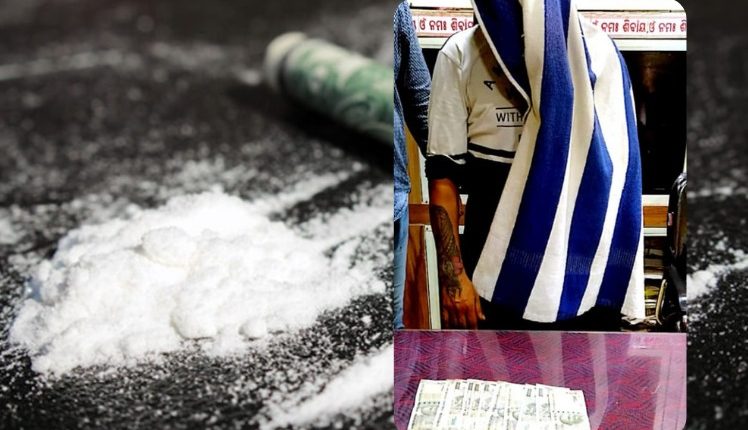 Youth Held With 73 Grams Of Brown Sugar In Bhubaneswar

Bhubaneswar: The Commissionerate Police today nabbed a drug peddler near BDA Park under Airfield police limits in the state capital and seized 73 grams of brown sugar from him.

The arrestee has been identified as Pradipta Kumar Sahoo (28) from Bhimatangi area in the city outskirts.

Reportedly, the accused used to sell those contrabands, especially to the youths and college students

Acting on a tip-off, police conducted a raid near BDA park Bhimtangi and caught him along with the contraband. The cops have also seized Rs.6000, two mobile phones from his possession.

A case (257/21) has been registered under Sections 21(b)/29 of the NDPS Act. Further investigation is underway, the police said.

As many as17 cases are registered against him in different police stations of the city, the police added.