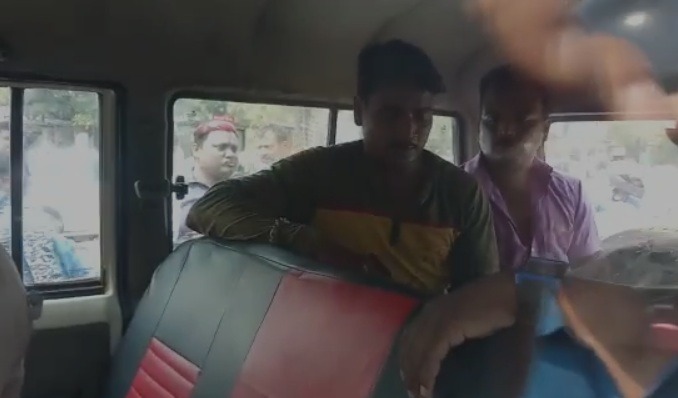 Bhubaneswar: Tension gripped CRP square in the State Capital after a youth was hacked to death in broad daylight. The deceased has been identified as Jatia of Salia Sahi locality.

As per the preliminary report, Jatia along with accused persons, Sudhir and Sagar, was travelling in a pick-up van when the brother duo attacked him with a sharp weapon inside the vehicle.

Following this, Jatia sustained critical injuries on his head.

On being informed, a PCR van arrived and rushed him to the hospital. However, doctors declared him brought dead.

Though the exact cause behind the attack is yet to be known, police have initiated a probe.

Meanwhile, initial investigation suggested the incident was fall out of past enmity.