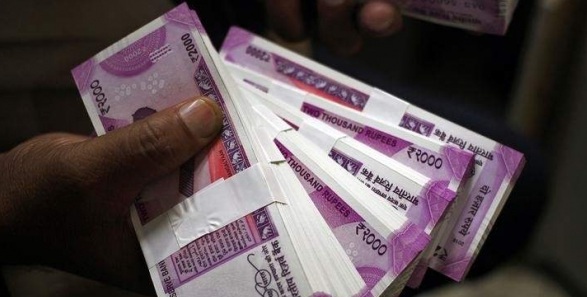 Bhubaneswar: While loot cases in the Twin Cities of Cuttack and Bhubaneswar are on a rise recently, Khandagiri Police on Friday apprehended a youth while he was carrying Rs 30 lakh cash in a sack.

According to sources, a police party who was conducting regular checking in the area intercepted the youth, identified as Mahavir Prasad Das, near Tapoban area of Khandagiri.

As per initial police reports, the youth was reportedly waiting to board a bus near Tapoban petrol pump in the city.

As per the latest developments, the accused is being interrogated at the police station.

Meanwhile, another associate of the detainee reached the police station stating that the accused is innocent as he was carrying the huge amount of cash as part of a business transaction that can be accounted for.

As per Padhi, the accused youth was returning from Parlakhemundi after collecting remaining cash amount from one of his clients as the payments remained stuck due to the frequent lockdowns and shutdowns induced by the Covid pandemic.

Besides, Padhi also claimed to have provided the required information and proofs regarding the transaction of the cash amount.

However, police are still continuing the investigation in order to verify the claims, sources said.