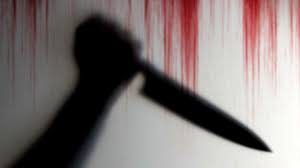 Youth Attacked Over Past Enmity In Puri, Hospitalised

Puri: A youth sustained serious injuries after he was attacked by his former business partner at Panchamukhi  Vihar under Baselisahi police limits in Puri district today.

According to available information, Ganesh and one Deepak Nayak were running a vegetable business in a local market. However, the partnership broke over some issues and Deepak left the shop.

The incident took place this morning when Ganesh was having breakfast. Meanwhile, Deepak reached and asked Ganesh to return Rs 1,200, which he borrowed from the accused earlier. Following the matter, soon an argument broke out between the duo.

Irked over the matter, Deepak attacked Ganesh with a sharp weapon and fled from the spot. Immediately, locals rushed to rescue Ganesh and admitted him to Puri district headquarters hospital (DHH) in critical condition.