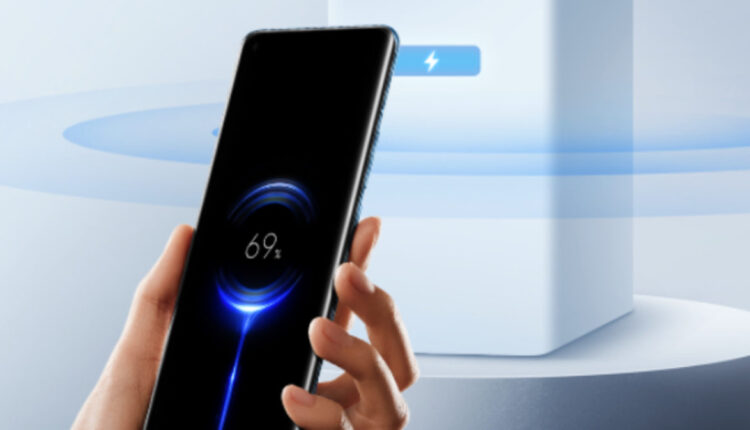 The futuristic technology allows the process of charging to not be local and instead uses the “self-developed isolated charging pile” to throw energy beams at the device to be charged even if it’s at a distance of a couple of meters from the charger. Also, it can be used to charge multiple devices simultaneously at 5W.

How Does It Work?

Xiaomi explains that the core of the technology is a charging pile that uses space positioning and energy transmission to first determine the device’s position and then charge it.

It is a self-developed isolated charging pile and has “five-phase interference antennas built-in, which can accurately detect the location of the smartphone. A phase control array composed of 144 antennas transmits millimeter-wide waves directly to the phone through beamforming. These waves are then picked up by the receiving device which will need a miniaturized antenna array to be charged remotely. As Xiaomi explains, the receiving antenna array is composed of 14 antennas which convert the millimeter-wave signal emitted by the charging pile into electric energy through the rectifier circuit “to turn the sci-fi charging experience into reality.”

Currently, Xiaomi remote charging technology is capable of 5-watt remote charging for a single device within a radius of several meters. Interestingly, Xiaomi claims multiple devices can also be charged at the same time (each device supports 5 watts), and even physical obstacles do not reduce the charging efficiency.

While Xiaomi has announced this feature only for smartphones at the moment, in the near future, it claims the charging technology will also be able to work with smartwatches, bracelets, and other wearable devices.