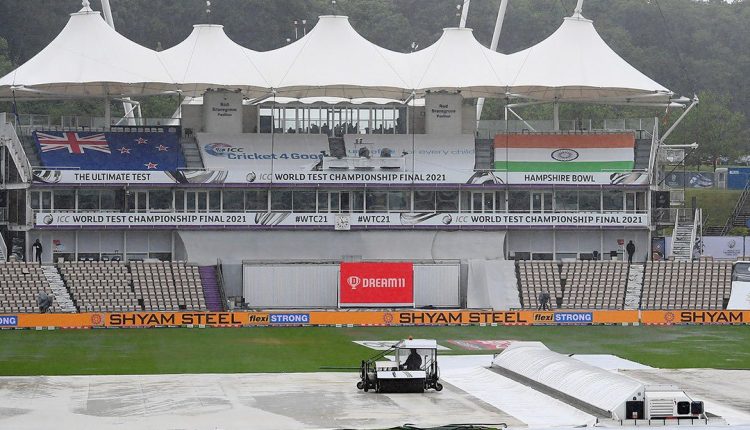 WTC Final: Day 1 Play Called Off Due To Incessant Rain In Southampton

The first day of the World Test Championship final between India and New Zealand in Southampton on Friday has been suspended owing to incessant rain.

The match was scheduled to start at 3 pm (IST) but the weather ensured that the pitch at the Ageas Bowl was covered and the toss was delayed. Day 2 will begin at 2:30 pm IST.

‘UPDATE – Unfortunately, play on Day 1 has been called off due to rains. 10.30 AM local time start tomorrow.’ says a BCCI update.

It is pertinent to be mentioned here that the ICC has kept a reserve day to make up for time lost because of inclement weather. Rain has been forecast in Southampton for the most part of the inaugural title clash in the longest format.

Cop Suspended For ‘Beating Up’ Man