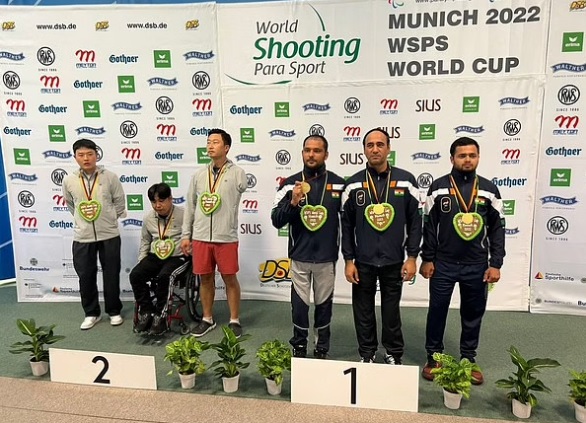 India won a total of medals (6 gold, 3 silver, 1 bronze) in this World Cup Well Done Champs. Proud of You All,” said SAI in a tweet.

The Indian contingent began its campaign at the 2022 World Shooting Para Sport World Cup with securing three medals, with two of them being gold and one silver.