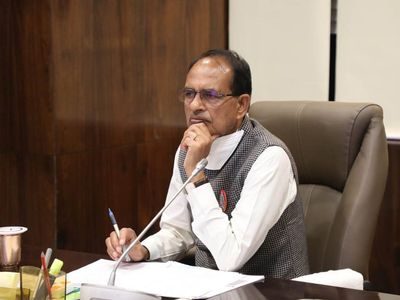 Bhopal: Pitching for use of Hindi language in medicine prescription, Madhya Pradesh Chief Minister Shivraj Singh Chouhan urged the physician to write names of medicines in Hindi below with ‘Shri Hari’ on the top.

Chouhan made the remarks while addressing the Hindi Vyakhyan programme at Bharat Bhawan in the state capital Bhopal. Strongly pitching for prescribing medicines in English, he said if the prescription is of crocin medicine, “then write it in Hindi what’s the problem”?

“I do not have much to say because we have to do it. Hindi University was the result of that, it is a different matter whether it was less successful or more,” Chouhan said.

He said the government was not against English but awareness about the national language is necessary.

“Today this mentality is wrong that work cannot be done without English. I have seen many medical college kids leaving medical college just because their English is not good,” he said.

He cited examples of some countries where work is carried out in native languages and who have made great advances in science and technology.