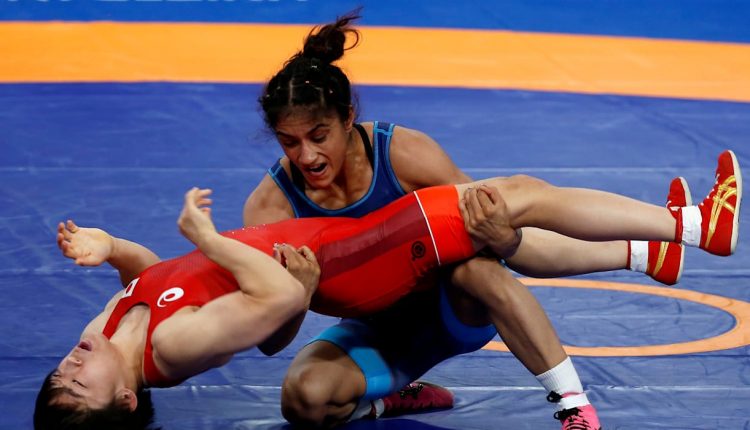 This was India’s second medal at the event after Ravi Kumar Dahiya’s silver in the men’s 61kg on Wednesday.

Vinesh Phogat outwrestled Russia’s Ekaterina Poleshchuk, a 2019 world championships bronze medallist, in the first round by a 6-2 margin. The Indian made a slow start to go 0-2 behind but recovered to pick up the next six points.

Up against US grappler Amy Ann Fearnside in the semi-finals, Vinesh Phogat took just 75 seconds to settle the affair while she was leading 6-0. Vinesh pinned Fearnside to win and set up a final clash against Ukrainian grappler Khrystyna Bereza.

In the final, both wrestlers made a tentative start but Vinesh soon went on the offensive and raced to a 4-0 lead.

After the mid-way break, Bereza was forced to take the initiative to reduce the deficit. It worked out in the Indian’s favour as Vinesh picked her moments and wrapped up the bout 8-0.

Vinesh Phogat has been in fine form this year. Heading into the Warsaw meet, the Indian wrestler won gold medals at the Matteo Pellicone event in Rome, Italy, the Ukraine memorial and the Asian championships at Almaty, Uzbekistan. The latter was her maiden Asian title.