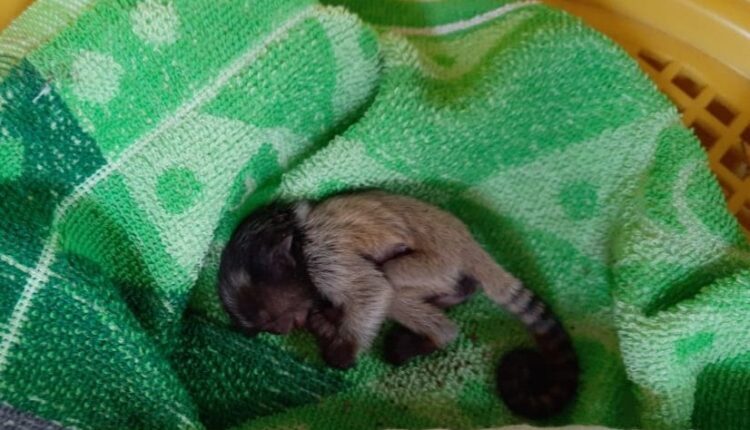 Barang: A pygmy marmoset, the world’s smallest species of monkey, has given birth to two infants at the Nandankanan Zoological Park here on Sunday.

The marmosets also known as zaris or sagoin, are twenty-two New World monkey species of the genera Callithrix, Cebuella, Callibella and Mico. All four genera are part of the biological family Callitrichidae. The term marmoset is also used in reference to the Goeldi’s marmoset, Callimico goeldii, which is closely related.

Most marmosets are about 20 centimetres (8 in) long. Relative to other monkeys, they show some apparently primitive features: they have claws rather than nails, and tactile hairs on their wrists. They lack wisdom teeth, and their brain layout seems to be relatively primitive. Their body temperature is unusually variable, changing by up to 4 °C (7 °F) in a day.

Marmosets are native to South America and have been found in Bolivia, Brazil, Colombia, Ecuador, Paraguay and Peru

According to recent research, marmosets exhibit germline chimerism, which is not known to occur in nature in any primates other than callitrichids. 95% of marmoset fraternal twins trade blood through chorionic fusions, making them hematopoietic chimeras.