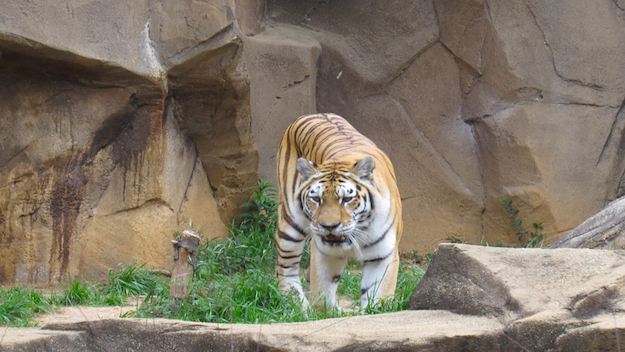 Ahmedabad: World’s ‘biggest zoo’, spread across 250 acres, will soon be set up by Reliance Industries Limited (RIL) in Jamnagar district in Gujarat.

“As we all know the world’s tallest statue is in Gujarat (the Statue of Unity at Kevadia). Now, one of the world’s biggest zoos, in terms of number and species of animals at oneplace, is coming up very shortly in Jamnagar,” Das said at the ASSOCHAM event.

According to the website of the Central Zoo Authority (CZA), a Detailed Project Report (DPR) submitted along with the Master (Layout) Plan for the proposed establishment of the Greens Zoological Rescue and Rehabilitation Kingdom at Jamnagar, Gujarat by Reliance Industries Limited was approved by the 33rd Meeting of the Central Zoo Authority held on February 12, 2019.

As per the layout plan shared by CZA, the zoo at Jamnagar will have conservation and breeding areas, water bodies, interpretation centre, rescue and rehabilitation centre, and different areas that will have enclosures for exotic animals, wild animals from Gujarat, desert animals, rodents, dragons and lizards and animals found in other parts of India.

The state accounts for a huge share of 53% of India’s total FDI and that over 100 of Fortune Five Hundred companies are working in the state, CM Vijay Rupani said at the event.

Queen Elizabeth’s Christmas Speech Will Be Available on Amazon Alexa

Rourkela: One Youth Drowns, 2 Others Go Missing In Koel River