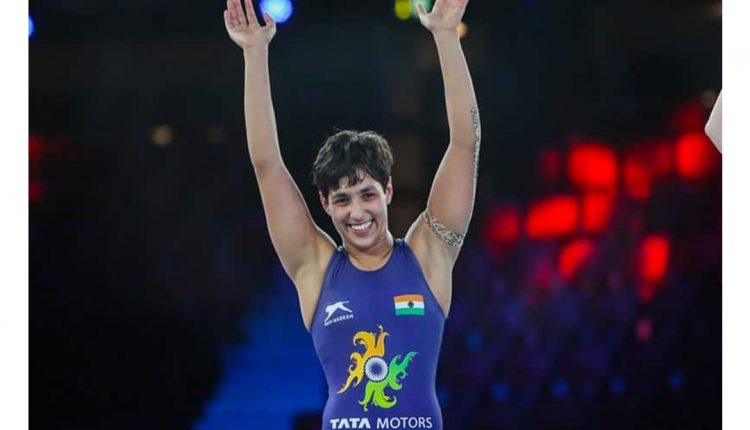 New Delhi: Anshu Malik settled for a silver medal after losing her 57kg final to 2016 Olympic champion Helen Lousie Maroulis but Sarita Mor grabbed her maiden medal at the big stage by winning the 59kg bronze, at the first woman world champion in wrestling on Thursday.