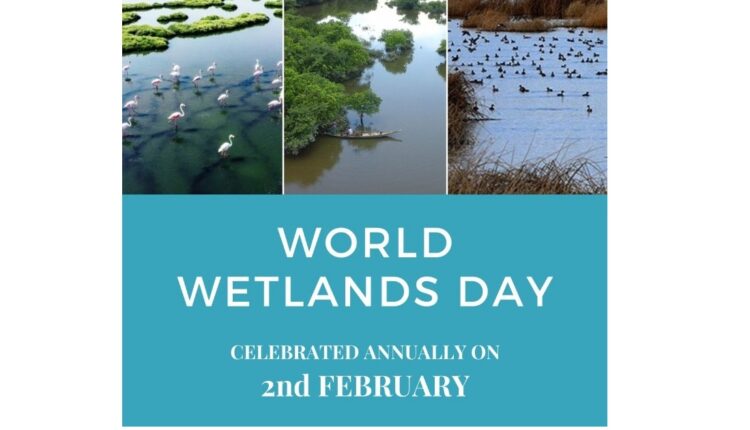 New Delhi: 2nd February each year is celebrated as World Wetlands Day. The day is dedicated to raising global awareness about the vital role of wetlands for people and our planet.

The convention was adopted in 1971, in the Iranian city of Ramsar on the shores of the Caspian Sea. Read on to find out the theme and significance of this day.

According to a report in WorldWetlandsDay.org this year’s theme shines a spotlight on wetlands as a source of freshwater and encourages actions to restore them and stop their loss. The report reveals that the world is facing a growing freshwater crisis that threatens people and our planet as well. People are using more freshwater than nature can replenish, hence we are destroying the ecosystem that water and all life depend on most – the Wetlands. Thus the 2021 campaign highlights the contribution of wetlands to the quantity and quality of freshwater on our planet. Both Water and wetlands are connected to the existence of life and wellbeing of this planet.

Wetlands are land areas that are saturated or flooded with water either permanently or seasonally. Inland wetlands include marshes, ponds, lakes, rivers, floodplains, and swamps. Coastal wetlands on the other hand include saltwater marshes, estuaries, mangroves, lagoons and even coral reefs. There are human-made wetlands as well, they are Fishponds, rice paddies, and saltpans. Here are the ways in which event organizers and educators can participate to spread awareness on this day.