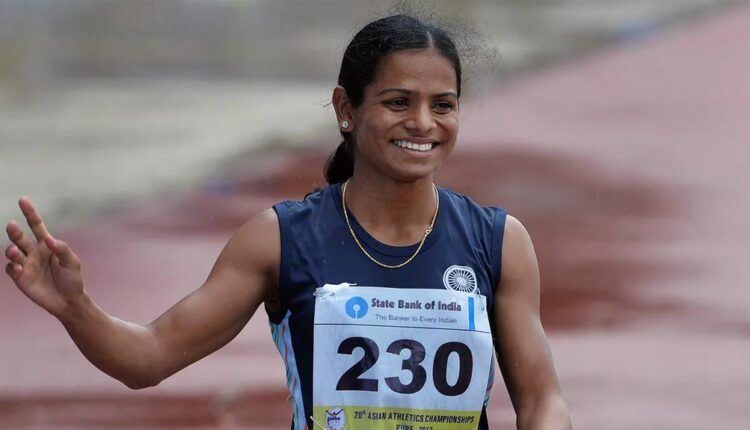 Without being specific, Ramesh told IANS: “Being a defending champion she should get a direct entry in the AIU squad.”

Dutee is the defending champion in the 100m dash of the World University Games, which will be held in Chengdu, China, from August 18-29.

A reason that may be cited, if 24-year-old Dutee eventually skips the trials, starting on Monday at Bhubaneswar’s Kalinga Institute of Industrial Technology (KIIT) campus in Odisha, is that she is preparing for the July-August Tokyo Olympic Games.

KIIT University is Dutee’s sponsor. She is training at the Kalinga Stadium in Bhubaneswar.

According to an official of the KIIT University, more than 100 athletes are expected to compete in the two-day trials.

The top eight finishers in the track and field events of the inaugural edition of the Khelo India University Games, held in February last year, are eligible to compete in the trials.

College students, who competed in the national level events and finished among the top eight, are also eligible for the trials.

Competition at the World University Games will be conducted in 18 disciplines. But the AIU will field athletes in 14 events, including athletics, shooting, gymnastics, and table tennis.