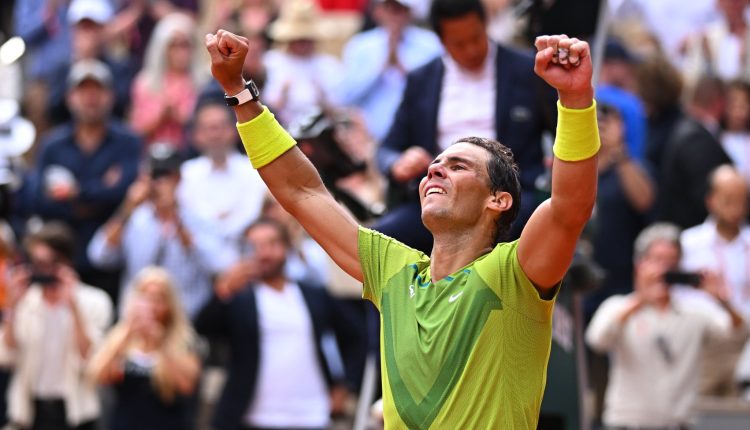 King of clay.
What a Champion.
NADAL
Number 14 at #RolandGarros pic.twitter.com/KAp3aUraoo

FOURTEEN!!!!!!! #Rolandgarros take a bow @RafaelNadal .. what an incredible champion and ambassador to our amazing sport 👏🏽👏🏽👏🏽

Casper Ruud-Already a true champion. He’ll be back! And Rafa, well Rafa is Rafa. Always down to earth, no matter what the outcome.Huge inspiration for the sporting world! I hope all youngsters were watching, especially the pre & post match respect between opponents & to the sport

This is how easy he makes it look.
Congratulations on 14th French Open and 22nd Grand Slam @RafaelNadal 🙌🏼 #RolandGarros pic.twitter.com/iZylRabdhQ

Congratulations Rafael Nadal, 14 French Open crowns and 22 majors. A flawless performance caps off a grueling fortnight. I hope you get some rest now, half way to the Slam! 🚀 https://t.co/XXxj0uhjWU

22 killed, 6 injured after bus with Yamunotri pilgrims falls into gorge in Uttarakhand