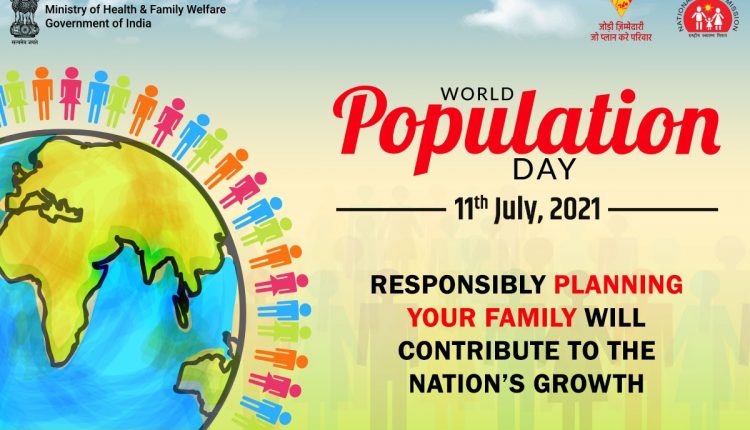 World Population Day is being observed today. This day is observed on the 11th of July every year. The objective of the day is to increase the awareness of the people towards the worldwide population issues.

The Governing Council of the United Nations Development Programme in 1989 recommended July 11 as World Population Day to draw attention to the urgency and importance of population issues.

This year, the theme for World Population Day is “Rights and choices are the answer: Whether baby boom or bust, the solution to shifting fertility rates lies in prioritizing the reproductive health and rights of all people.”

The day is marked to raise awareness about the importance of family planning, child marriage, gender equality, human rights, and others.

As per statistics, the world population reached the 7 billion mark in 2011, and it now stands around at 7.7 billion and is expected to grow to nearly 8.5 billion in 2030.