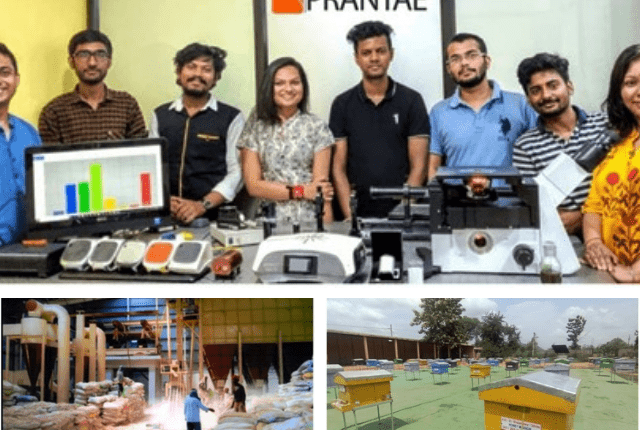 Bhubaneswar: Today is the day when we celebrate the important role played by Micro, Small and Medium-sized Enterprises in strengthening the economy and sustaining the livelihoods of millions of people. In 2017, the United Nations designated 27th June as the Micro, Small and Medium-sized Enterprises Day through a resolution passed in the UN General Assembly. It also marks the recognition given to the contribution of these industries in the implementation of the Sustainable Development Goals. MSME’s today have become an integral part of global economy and generate about 90 percent of the total business worldwide. It also provides livelihoods to more than 60 percent of the workforce. They also contribute about fifty percent to the global Gross Domestic Product. This year’s theme for MSME Day is “MSME 2021: Key to an inclusive and sustainable recovery”.

Odisha, with an aim to achieve the Sustainable Development Goals, has been giving priority to develop the MSME sector through accelerated incentives and a thrust on Self Help Groups especially the women. Under the leadership of Chief Minister Naveen Patnaik, the MSME Department has been proactively developing an MSME environment where they will not only contribute to the State’s economy but the nation as a whole. The key behind the MSME revolution in Odisha has been the aim to empower the lower rung of the society and that too with the help of the 5T Initiatives. At these crucial times, when the world is facing the deadly pandemic, the MSMEs have played a greater role and showed that small industries with focus on localisation can work wonders in sustaining the economy.

Odisha’s thrust on developing the MSME sector has seen tremendous success. Chief Minister Naveen Patnaik’s directives on providing maximum livelihoods through generation of small scale industries have been fruitful. In the last financial year, more than 4000 units with project cost of Rs 456 crores were sanctioned under PMEGP. Odisha is the leading state in the eastern region and second highest in the country in terms of sanctioning number of projects. Odisha has also achieved its highest ever credit flow under the Annual Credit Plan of Rs 38,000 crore with the proactive support of the Banks. The MSME Department has released incentives to various units amounting to Rs 60 Crore.

In order to help the MSME’s of the state and reboot the economy affected by the Pandemic, Chief Minister Naveen Patnaik announced a special package of Rs 289 Crore. The timely help has come as a savior for the units that were on the verge of closure. Apart from this to help the tribals during the Pandemic an Apiculture program is being implemented in the tribal dominated district of Sundargarh & Keonjhar by leveraging funds from District Mineral Fund (DMF). Around 7500 tribal, mostly Women SHG members will be assisted with project cost of Rs 20 crore.

The Odisha’s sustained efforts have also helped exports from the state to reach Rs 80,000 crore in the FY 20-21. Odisha State Industries Corporation has achieved a business worth Rs 612 Crore with the main focus on MSMEs.

The Startup Odisha also have not lagged behind .Under the visionary leadership of our Chief Minister Naveen Patnaik Odisha is among the top three in the country. The inauguration of the state of art startup center-O-HUBB in July will be another land mark in the evolution up startup ecosystem in the State. With 1070 registered Startups,17 Incubators,15 Nodal Agencies, 110 Mentors, 335 women led startups, 5lakh sq.ft incubation space and above all a dynamic startup Policy Odisha is emerging as the No1 Startup destination in the country. Our startups have done wonder in the field of Medical Science, Bio-technology and IT.

As part of the 5T Initiative, Odisha also aims for an MSME Census to be taken up diligently to create the much required database for policy planning. A three-year District Plan is also in the making in consultation with the District Collectors and various Stakeholders. In the next three years Odisha intends a massive 25000 Micro enterprises which will be created under the PMEGP. The main focus will be on converting WSHGs to potential Micro entrepreneurs. To boost the marketing of MSME products, maximum emphasis will be given on Packaging and the services of IIP as well as Startups engaged with innovation in packaging will be roped in. The MSME Department wants that the schemes implemented by the Government Of India will be leveraged to ensure maximum benefit for the MSMEs of the state. Odisha’s strategy in developing and incentivizing the MSMEs has seen a thrust on participation of Self Help Groups and particularly women.

Be it popularizing the use and sale of Millets or helping rural people keeping beehives, the MSME sector has been helping a variety of industries that are today changing the dynamics of rural economy. The village based coir industries are an example of best intervention by the state.

Odisha is one of the top performing state in the Prime Minister Formalization of Micro Food processing enterprises (PMFME) Scheme. Keeping in view Odisha’s potential in food processing, the state government is giving a major boost to large number of micro unorganized food processing units mainly run by SHG women. Abundance of sea fish, vegetables, fruits and other crops makes Odisha an important destination for the food processing industry. In the coming days, there is no doubt that the MSMEs of the state will be in the frontline on the country as major food processing industries.

Commenting on Odisha’s successful development of the MSME sector, Satyabrata Sahu, Principal Secretary, MSME Department has said that, “Odisha has been actively pursuing the interest of the MSME sector giving financial incentives and cash linkages. They have demonstrated that they can sustain the economy even during a pandemic. As Odisha has nurtured a large number of Women SHGs, our focus will be developing them into entrepreneurs and thereby strengthen the rural economy.”