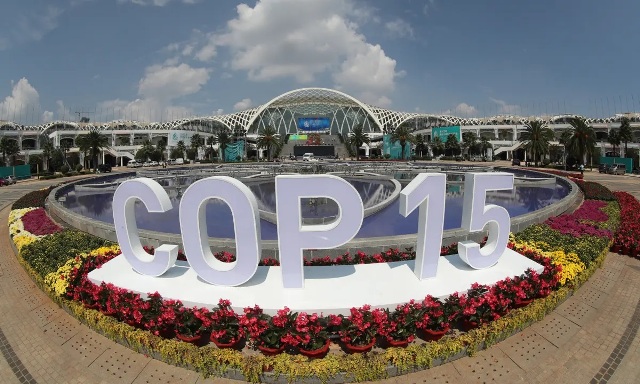 Montreal: Leaders and negotiators from 196 countries, including India, gathered here in Canada for a two-week conference expected to adopt a landmark agreement to halt and reverse nature loss by 2030.

During the UN Biodiversity Conference (COP15) being held from December 7 to 19, about 20,000 delegates from across the world will negotiate an eight-year plan to preserve and restore biodiversity.

They will do so through the  Convention on Biological Diversity (CBD), a treaty adopted for the conservation and sustainable use of biological diversity and related issues.

Among the key issues under discussion are preserving 30 per cent of the world’s land and water by 2030, and accepting the fair and equitable sharing of benefits of genetic resources.

Addressing the opening ceremony of COP15 on a windy cold day, Canadian Prime Minister Justin Trudeau said: “Nature is under threat; In fact, it’s under attack. The job we’re doing as a world is just not good enough.” He said Canada is committed to safeguarding nature, noting it has agreed to protect 30 per cent of nature by 2030.

Trudeau’s speech was briefly interrupted by a group of Indigenous protesters’ singing and drum beating.

Guterres took aim at multinational corporations which, he said, are “filling their bank accounts while emptying our world of its natural gifts” and making ecosystems “playthings of profit”.

He condemned the concentration of wealth and power in the hands of a tiny number of mega-rich individuals.

This phenomenon works against nature and the real interests of the majority: “the deluded dreams of billionaires aside, there is no Planet B,” he said.

Huang Runqiu, China’s minister of ecology and environment who serves as the president of the COP15 conference, thanked Canada for hosting the summit.

“This is a historic moment, urgent action is required,” Runqui said.