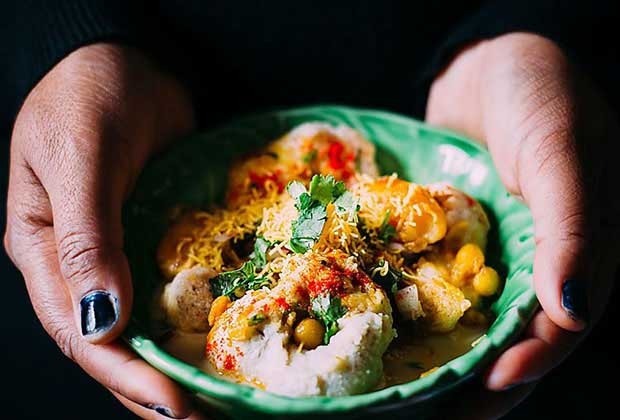 The exact origins are not known however it is believed to have been developed around the Bidanasi area and the Barabati Fort of Cuttack.

The cultural influence of the various regions of Odisha has played a pivotal role in developing the taste of Dahibara AlooDum over many decades. For instance, the distinctive taste of Dahibara AlooDum in Cuttack can never be replicated outside the realms of the city however the recipe has travelled throughout that State of Odisha (and beyond) and has evolved to appeal to the taste buds of the region it now resides in.

By the time the calendar turns to March 1st, the winter bliss has receded and the summer sun is right around the corner. It is around this time of the year that the people in Odisha start looking for cuisines that have a cooling effect on mind, body and soul. It is natural for people to gravitate towards curd/yogurt based delicacies for its cooling effect hence DahiBara AlooDum and Pakhala stand out as saviours from the summer heat. The date 1st of March slots in perfectly due to the transitional weather and hence has be chosen to celebrate this Dibasa.

Big markets in Bhubaneswar to be decentralised: BMC…