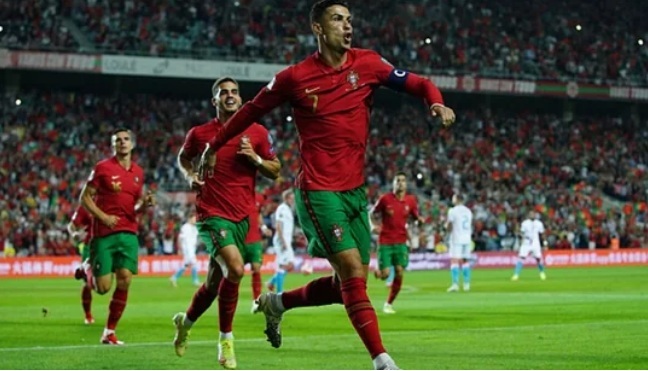 Almancil: Cristiano Ronaldo scored a hat-trick as Portugal recorded an emphatic win over Luxembourg at 2022 World Cup qualifiers on Tuesday.

In Group A, Portugal is a point behind Serbia, which beat Azerbaijan 3-1, but has a game in hand. Only the top team from each group qualifies automatically for the World Cup. The second-place finishers go into the playoffs.

Ronaldo knocked in two penalties and rounded off the scoring with a header as he recorded his 58th hat-trick for club and country. Bruno Fernandes and Joao Palhinha added the other goals.

Fernandes superbly drove a low shot into the bottom-right corner as the hosts went 3-0 up inside 18 minutes.

Portugal will now travel to the Republic of Ireland in their penultimate Group A match before facing Serbia.

8-YO Among Four Killed As Insurgents Open Fire In Manipur