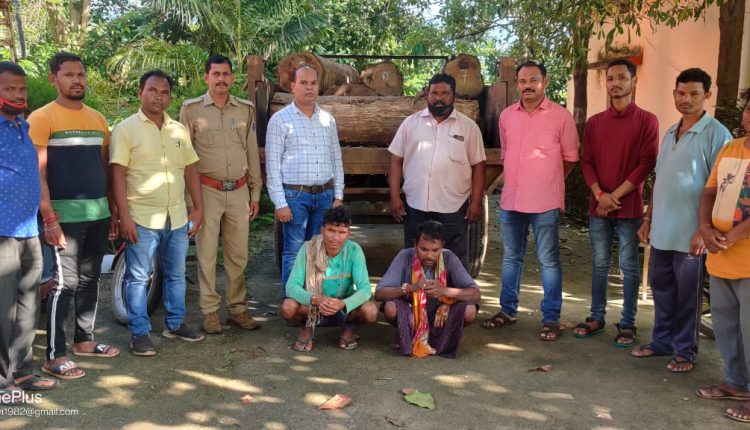 Malkangiri: Valuable wooden logs of lakhs were seized and two persons were arrested by forest officials during raids at MV-18 village in Malkangiri district on Saturday.

Acting on a tip-off, the raids were conducted, and accused– Suka Kabasi and Muka Kabasi of the same area — were arrested.

Logs of different varieties including teak were seized from their houses

Both were produced before a local court here today which remanded to jail custody, the sources said.

Indian Tribal Art And Crafts To Be Promoted In Canada