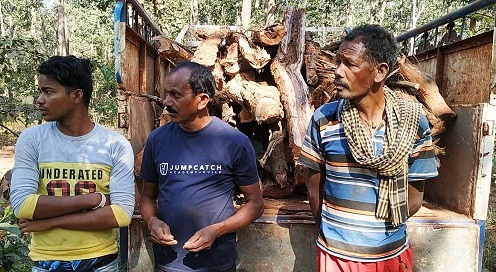 Koida: Forest officials have seized a wood-laden pick-up van during a raid at Nadidihi of Koida in Sundargarh district and arrested three persons in connection with the case.

The accused persons were identified as Asit Mahanta (25), Narottam Mahanta (45), and Budhram Munda (45).

Acting on a tip-off about the smuggling of woods, the forest official raided the area and arrested the accused persons. The cops also seized a wood-laden pick-up van from the spot.

Police have registered a case and forwarded the accused persons to the court.