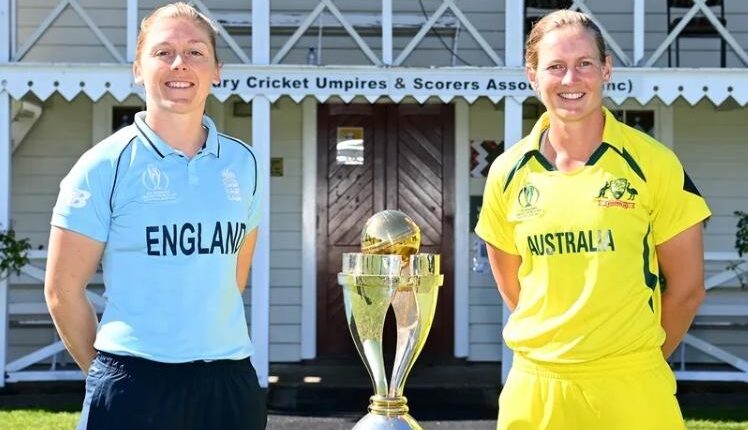 Women’s World Cup: Australia Take On England In The Final

Christchurch: The biggest event in Women’s cricket is here as Australia take on England in the final of the ICC Women’s World Cup at Christchurch on Sunday, April 3. Will it be a historic seventh World Cup triumph for Australia or a fifth World Cup trophy for defending champions England?

England won the World Cup back in 2017 after they defeated India by nine runs in the final at the home of cricket, Lord’s in England.

Australia head into the game after a huge 157-run win over the West Indies in the 1st semi-final and winning all seven games in the league stage of the tournament. The defending champions beat South Africa by a comfortable 137 runs and won five, lost one and had a no-result in the league stage.

Australia skipper Meg Lanning said star all-rounder Ellyse Perry can play as a specialist batter in the final after sitting out the last two games due to back spasms.

“Ellyse got through a pretty hard and high-intensity session yesterday and she’s trained again today and is feeling pretty good. It’ll just depend on how she pulls up this afternoon at this stage, it’s looking pretty good. We feel like we’ll have a full squad to pick from. She can play as a specialised batter. She hasn’t bowled in a few weeks, and it would be difficult for her to come out and bowl in a final if she hadn’t,” said Lanning in the pre-match press conference.

England will be looking to end the tournament on a high and will become the first team in World Cup history to lift the title after losing their opening three games, if they do it in the final at Christchurch.

“I think winning will mean more after the start we had in this competition and being able to turn it around will be remarkable really, so that would make it even more special if we can do it tomorrow,” said England skipper Heather Knight in the pre-match press conference.

Ugadi Today: Here’s Everything That You Need To Know