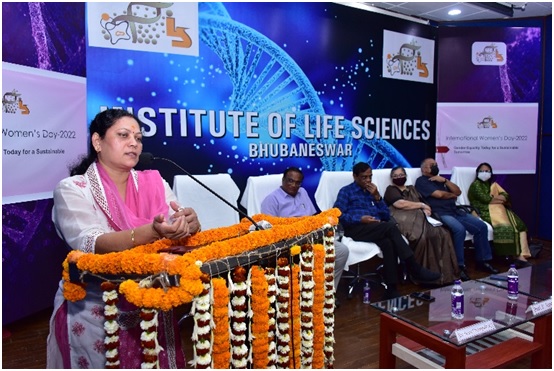 The Panel members highlighted the significant contributions made by Indian women scientists in the field of Science, Technology, and Innovation. They also highlighted several steps that both central and state govt. has taken which has contributed to enhanced participation of women scientists in scientific research, project management, and providing leadership. However, they also mentioned the critical challenges women professionals face in establishing a career in science. Therefore they called for providing enabling ecosystem for the women scientist to flourish and thereby contributing to nation-building. This should be achieved through the creation of more fellowships and reward mechanisms specifically focusing on women scientists.

Some of the panellists also mentioned that during M.Sc. and Ph.D. number of women professionals are quite high and however during later stages this number gets substantially reduced. They also called for dedicated efforts for career counselling and mentoring by senior and experienced scientists for an informed choice for women scientists. Provision of flexi-time of work and support services such as crèche facility could be provided in the workplaces.

Dr. Ajay Parida, Director, ILS in his opening remarks mentioned that the women scientists of ILS have made significant contributions over the years as evident from the quality publications, research grants as well as awards and recognitions. He also mentioned that many women professionals have established themselves as successful entrepreneurs as evident from the fact that out of 21 start-ups at ILS Bioincubator, 10 women scientists have established business establishments in the areas of Health care, Agriculture, Functional food, Bioinformatics, and Diagnosis, and devices.

He hoped that in coming days these start-ups will play significant role in developing affordable and acceptable products for the benefit of society. Dr. Mamoni Dash, one of the 75 young achievers identified by the Department of Science and Technology, Govt. of India coordinated the program.

Another 213 COVID-19 patients recover in Odisha