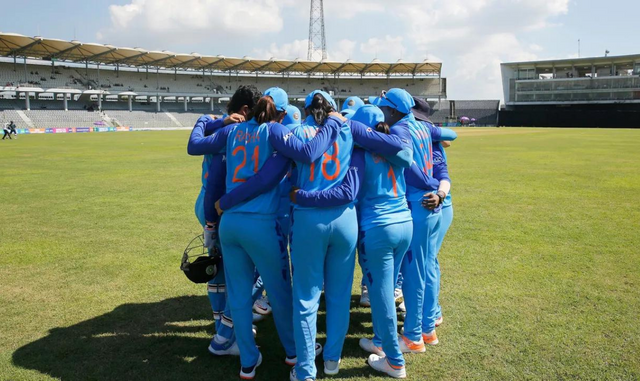 The ‘Women in Blue’, in their preparation for the ICC Women’s T20 World Cup next year, face the current titles holders Australia in a five-match T20i series which is to be held in Mumbai from the 9th of December to the 20th of December, 2022, LIVE & Exclusive on the Star Sports Network and Disney+ Hotstar. The series will be a perfect opportunity for both teams to get a better understanding of their strengths and weaknesses as well as to gauge the tactics and gameplay of their counterparts. The series is more than just attaining bragging rights, but also a much-needed opportunity to build up steam and momentum ahead of the ICC Women’s T20 World Cup next year. With both teams deemed as favourites to win the World Cup, the stakes have never been this high.

Both India and Australia’s women’s teams have had a successful year in international cricket, winning accolades in multi-nation events in 2022. India won the women’s Asia Cup 2022, for a record seventh time beating Sri Lanka comprehensively in the finals, while Australia was crowned the maiden winners of the Commonwealth Games Cricket in August this year. The Indian women’s team returns to action after a break of two months, riding on the success of their Asia Cup victory. Expect to see stars like Harmanpreet Kaur, Alyssa Healy, and Smriti Mandhana set the stage on fire as they look to be in pristine form ahead of an exciting year for women’s cricket in 2023.

Viewers and fans catch watch all the thrilling action from the T20I series with LIVE coverage aired in in Hindi, English, Tamil and Telugu exclusively on Star Sports Network and Disney+ Hotstar.

Catch all the action from the Australia Women’s tour of India (5-match T20I series) in Hindi, English, Tamil and Telugu from December 9th, 2022, 7 PM onwards, LIVE & Exclusive on the Star Sports Network and Disney+ Hotstar