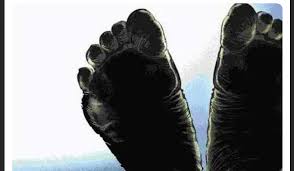 Ganajm: A half-burnt body of a woman was found in an agricultural field near Bajarguma village under Soroda police station limits in Ganjam district today.  The identity of the deceased woman is yet to be ascertained.

Reportedly, the matter came to the fore after some passersby noticed some foul smell coming out from the bush and later found the half-burnt body near a bush. Locals immediately alerted the police about the same. On being informed, the police team reached the spot and recovered the body for post-mortem.

According to the preliminary investigation, it is suspected that somebody murdered the woman, believed to be between 25-30 years, and burnt her body to remove shreds of evidence.

However, the actual reason for the death of women is yet to be ascertained. The woman is presumed to have been killed three days ago, police said.