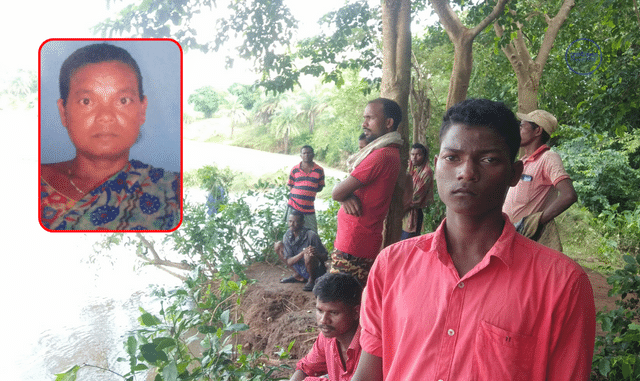 Bangriposi: In an unfortunate incident, a woman drowned while taking bath in the swollen Budhabalanga river near Talajualikata village under Shyamsundarpur Panchayat in Bangriposi block.

The deceased woman has been identified as Jamuna Singh (40), wife of Mangal Singh (40). The incident took place at around 10 am today when Jumuna was swept away by the strong currents in the river in front of their 14-year-old son, Shiba.

Even though she was heard screaming for help while being swept away in the floodwater, no one could save her. A few moments later, she drowned in front of her helpless son.

Soon after, local villagers carried out a search in the river along with the Police and fire service personnel but failed to trace her.

Two years ago, Shiba’s father Mangal Singh, was found hanging from a tree and now her mother met a watery grave leaving the teenage boy orphaned.

On being asked, Additional Tehsildar Saheb Rambaske said that once Jamuna’s body is recovered, all government assistance will be provided to her son Shiba.