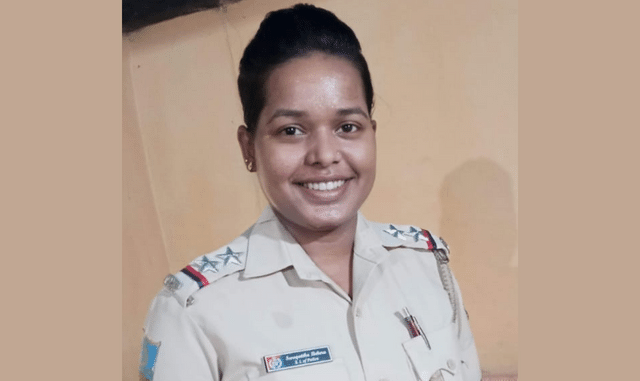 G. Udayagiri: While the suicide of G. Udayagiri police Sub-Inspector Swagatika Behera left everyone shocked, the mother of the deceased accused G.Udayagiri IIC Rebati Sabara of mentally torturing her daughter.

Besides, she also lodged a complaint regarding the same.

On the other hand, G. Udayagiri SDPO D Tirupati Rao Pattnaik has ensured proper investigation into the matter.

The woman SI Swagatika Behera (30), a native of Khurda Nirakarpur, committed suicide in her government quarters by hanging herself from the ceiling of the house. After seizing the body for post-mortem at G. Udayagiri CHC, police have started further investigation into the case.

Swagatika’s elder brother Manoranjan Behera and mother Usharani Behera also held discussions with SDPO. Speaking to media persons outside the G. Udayagiri PS, the family members stated that she was under extreme mental pressure, and was saying that she would quit her job.

Swagatika’s family held the lady IIC of G. Udayagiri responsible for the death of their daughter.

Timeline for e-admission into UG courses revised by Odisha DHE

5 killed in road mishap in Dhenkanal