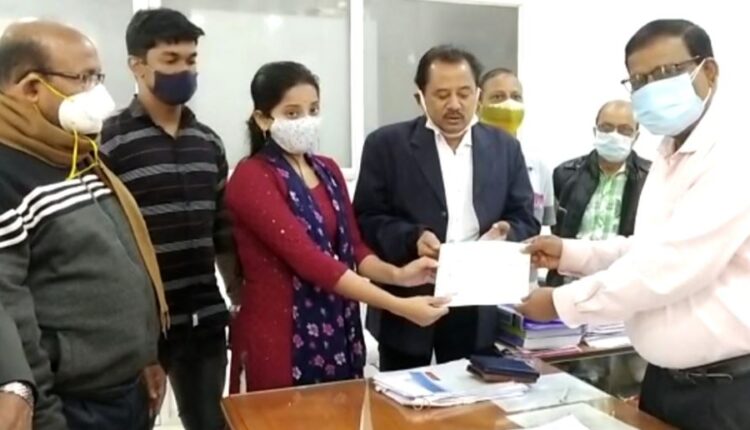 Bhadrak: A woman has returned the financial assistance that she received for the treatment of her husband to the Chief Minister’s Relief Fund on Monday.

Mausumi said that she doesn’t want anybody to go through the situation she had gone through while her husband was undergoing treatment due to financial crisis.

It is pertinent to mention that Abhisekh (28), a native of Basudevpur in Bhadrak district, was the single child of his parents and sole earner of his family. Barely a month after his marriage, he was infected with coronavirus and his condition deteriorated.

He was undergoing treatment at Kalinga Hospital Bhubaneswar with COVID-19 complications and later airlifted to Kolkata for ECMO treatment on June 9. As the expenses for Abhishek’s treatment were too much to bear, the family had sought financial help from generous people.

His family had started a fundraiser on a crowdfunding site and has raised over Rs 62 lakh till date. They were spending around Rs 1.5 lakh per day on his treatment. However, Mohapatra scummed while undergoing treatment.