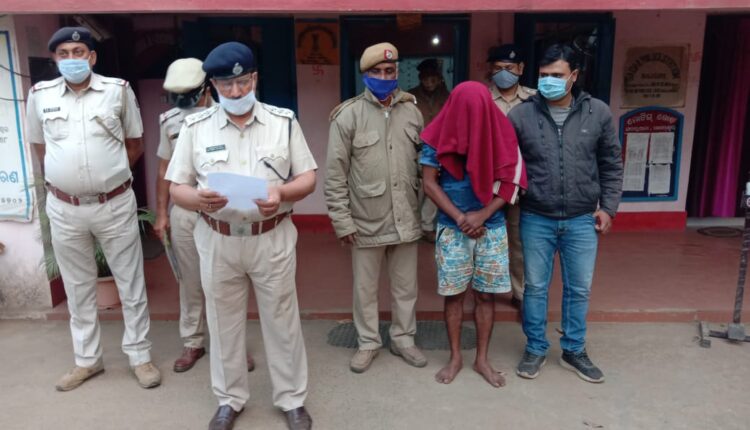 Balasore: Police have arrested a woman for allegedly killing her married daughter by hiring a supari killer at Raisuan village under Sadar PS area in Balasore district. The contract killer has been also nabbed.

According to reports, Shibani Nayak (36) was bludgeoned to death by Pramod Jena alias Katichhua.  The main accused, Shibani’s mother Sukuri Giri, was also arrested for plotting to kill her daughter.

Police said Narendra Giri’s daughter Shibani was married to Anjan Nayak of Mauda village under Sadar police station limits. But, her marriage did not last for long. Shibani left her in-law’s house and came back to her house at Raisuan.

She was selling tea near Raisuan railway station for a living. But, she indulged in immoral activities later to gain instant money.

Her mother Sukuri Giri did not like this and wanted to eliminate her daughter for good as she never cared for her advice to mend her ways.

As her daughter’s immoral activities went on, Sukuri was so much upset about the matter that she arranged a supari killer. She contacted Pramod and gave him Rs 8000 as advance to kill Shibani.  The full supari amount was Rs 50,000.

As planned, Shibani was called to Bela river on January 12 night by the supari killer and smashed to death with a brick. She was then thrown into the river.

Police have also started probing the involvement of two others in this heinous act. Both the main accused and the supari killer have been forwarded to court. The police have also seized the car used in the crime.