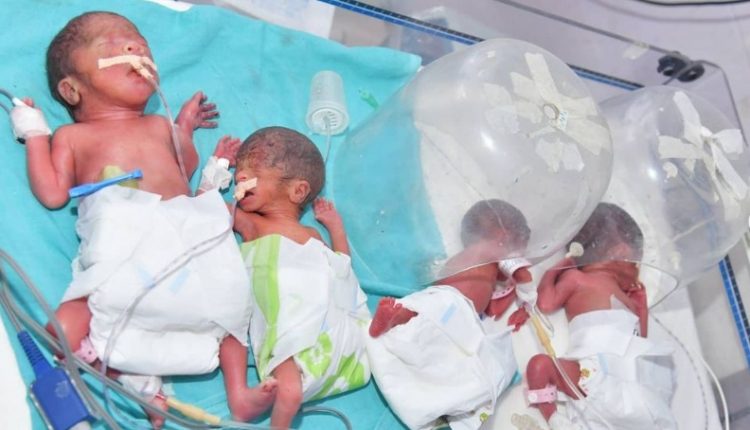 Cuttack: An ailing woman gave birth to four baby girls at SCB Medical College and Hospital in Cuttack. The quadruplets have been kept under observation due to low weight & critical health condition.

According to reports, Chhabita Nayak, wife of Birendra Nayak from Dihapada village of Bhanjanagar in Ganjam district, was initially admitted to Bhanjanagar hospital following labour pain. Later she was shifted to SCBMCH where she gave birth to the quadruplets.

The newborn babies weigh 1 kilogram, 800 gram, 650 gram, and 400 gram and they are under observation at ICU of the Gynecology department.

It may be mentioned here that Ollywood actor Sabyasachi Mishra had arranged for shifting the woman to SCBMCH after he came to know about her health condition and monetary constraints.

The actor took to Instagram and praised Chhabita’s spirit for embracing motherhood that resulted in the safe delivery of four baby girls despite she is suffering from sickle cell, severe jaundice, and anaemia.