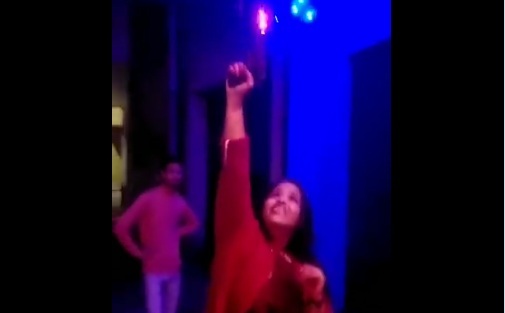 A video of a woman open firing a gun in the air while allegedly celebrating her birthday in Uttar Pradesh’s Muzaffarnagar is being widely circulated on social media.

The viral video in which UP woman fires gun at birthday was highly criticised by the netizens. On the basis of the viral video, UP police have filed a case against the irresponsible act of the woman.

Muzaffarnagar Police tweeted that they’ve filed a case and are taking legal action against her and those accompanying her.