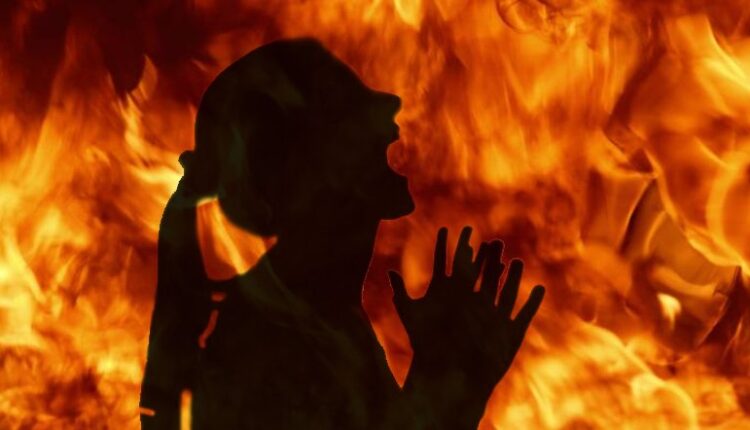 Woman burnt to death for dowry in Deogarh; plaint against hubby, mother-in-law

Deogarh: Deogarh police have registered a case against the husband and mother-in-law of a woman who was allegedly burnt to death for failing to fulfil dowry demands by her in-laws.

Police sources said the 20-year-old Phula Bagha who was married to Ratnakar Buda of Rangamatia village on February 19 last year. She was allegedly burnt to death as she could not fulfill the dowry demands.

But, on October 21 Ratnakar with the help of some volunteers brought out a rapprochement and took her to his house at Rangamatia village to live peacefully.

However, days after she was again tortured and it culminated in the hospitalization of Phula at Deogarh on February 3, 2020  in a critical condition. As Phula was severely affected with burn injuries, she succumbed to her injuries on February 24. It was alleged that her in-laws hurriedly cremated her body without informing her family members.

The deceased’s mother Nalita, with the help of the social organization’ Sakhi’ lodged a complaint at Deogarh police station that her daughter was burnt to death.