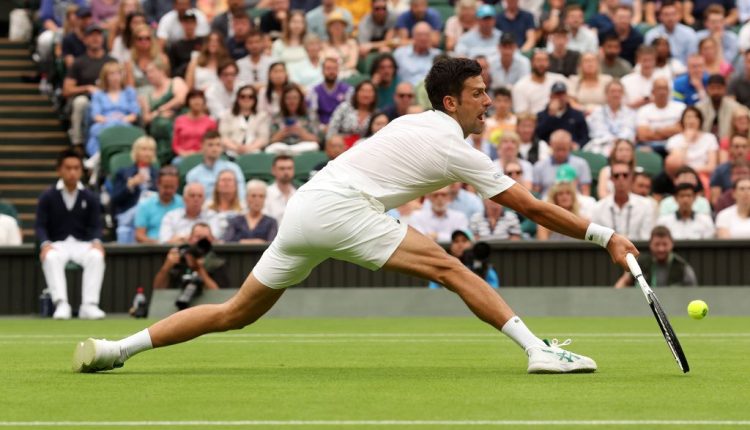 With the win, the 35-year-old Djokovic became the first player, male or female, to record 80 singles wins at all four Grand Slams.

Djokovic, who is bidding for his fourth title in a row at Wimbledon, looked rusty on the grasscourt surface on Day 1 of the Championships, which saw rain interruptions after 30 minutes following the event got underway. However, the match between Djokovic and Soon-woo was free from rain as the centre court’s rooftop was closed.

Soon-woo broke Djokovic’s serve in the fourth game of the second set and went on to win it with a drop-shot and a big serve. However, the defending champion secured the win with an ace on his first match point.

Djokovic, who didn’t play any grasscourt warm-ups ahead of the Championships, will take on either Thanasi Kokkinakis or Kamil Majchrzak in the second round.