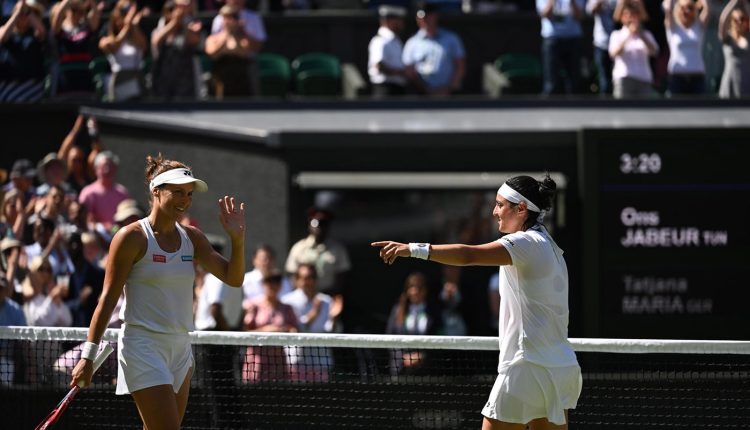 Ons Jabeur will bid to become the first African woman to win a Grand Slam when she plays in the Wimbledon final on Saturday after ending the fairytale run of German Tatjana Maria.

In a superb semi-final on Friday resplendent with great variety and twists of momentum, the No.3 seed progressed to the decider with a 6-2, 3-6, 6-1 triumph in one hour and 43 minutes.

Jabeur’s tennis was as sublime as the beautiful summer’s day on which the semi-final was held.

The Tunisian handled the occasion superbly, playing with distinction in the first set and rallying strongly after a strong challenge from Maria, who has enjoyed an outstanding event.

Jabeur, who hugged her closest friend at the net after their clash, will play either 2019 Wimbledon champion Simona Halep or Kazakhstan’s Elena Rybakina in the final.