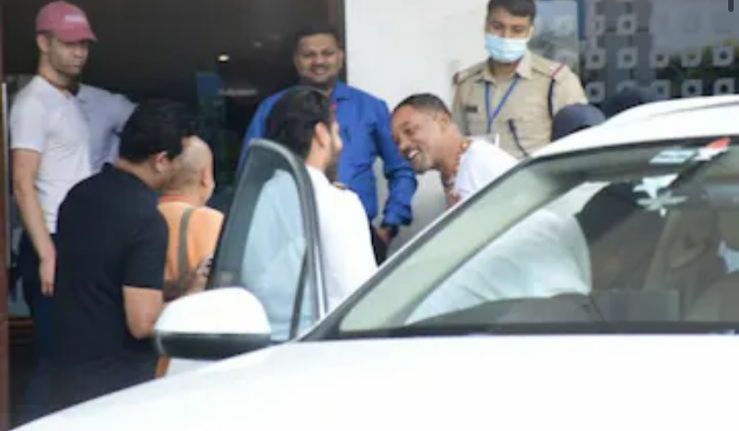 Will Smith papped in Mumbai

Mumbai: Amid the ongoing Oscars 2022 controversy that Will Smith is currently embroiled in, The Fresh Prince of Bel-Air star was surprisingly spotted in India.

Will happens to be in Mumbai and was spotted by the paparazzi at Kalina Airport. As Will got out of his car, he was seen humbly greeting everyone with a hand on his heart, all smiles, and was a picture of casual cool in a plain white tee, grey shorts and black and white sneakers, with a multicoloured chain on his neck.

Smith was in kindred spirits as next to him was also a pandit. Moreover, Will obliged some fans by clicking photos and selfies with them.

Interestingly, this isn’t the first time Will has been to India, though. Will Smith had a short but memorable dancing cameo in the Tiger Shroff starrer Student of the Year 2 and even mingled with Ranveer Singh during his Mumbai visit.

Meanwhile, The Academy of Motion Picture Arts and Science, as Will Smith’s penalty, has banned the actor from attending the Oscars for 10 years but is allowing him to keep his Academy Award.