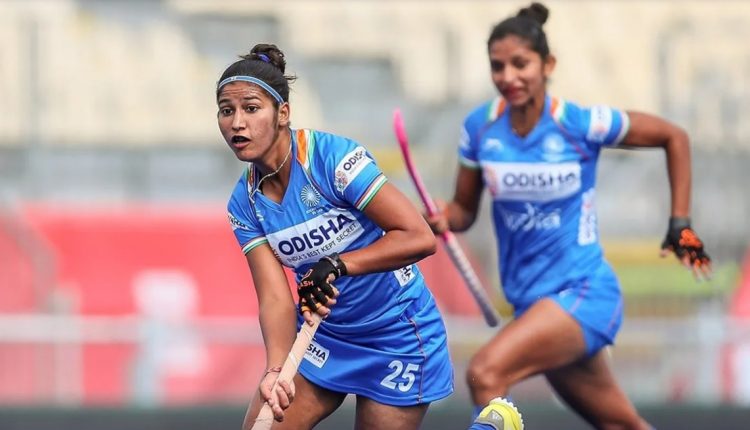 Bengaluru: The Indian Women’s Hockey Team Forward Navneet Kaur, who has played 79 matches for the national team, is all set to take part in her first Olympic campaign in Tokyo this year. The 25-year-old expressed that playing in the Olympics has been a childhood dream for her and she will leave no stone unturned to make her experience wonderful at the Tokyo Olympics.

“Playing at the Olympics is my childhood dream and I will leave no stone unturned to make it wonderful. With experience comes responsibility. I have already played 79 games for India and the focus is now on leading from the front. The team has been sweating it out at the national camp in Bengaluru and we are going to have a memorable outing in Tokyo,” said Navneet.

The Forward spoke about the influence of Shahabad Markanda on her hockey career, “I come from Shahabad Markanda. It’s a small town in Haryana but plays a huge part in the development of the sport of Hockey. My teammates Rani and Navjot Kaur have also trained at the Shahabad Hockey Academy. I remember when I came back to Shahabad after winning the Bronze medal in the Junior Women’s Hockey World Cup in Germany, 2013, people welcomed us with all their hearts. There was a grand procession in Shahabad, people were dancing and celebrating as if they had won.”

Navneet added that she always wanted to play hockey for India and feels proud to be a part of the current national team.

“From the beginning, I was sure that I wanted to play Hockey. I made my debut for the senior India team in 2014. The fans started appreciating our efforts after some tremendous performances in the 2018 Women’s World Cup, Asia Cup, Asian Games and Asian Champions Trophy. I feel proud to be a part of such a team. This team is like a family. Rani and Savita keep exchanging their ideas with us on how we can improve together as a team. It is crucial to have a clear mindset on matchday. The coaches and the entire team are working towards that goal,” said the Forward.

The 25-year-old expressed that the Indian Women’s Hockey Team has developed a habit of fighting till the last minute of every match.

“A lot has changed in the mindset of our team in the past few years, we don’t fear the stronger opponents anymore. Earlier, when we used to play against the Netherlands or Great Britain, we used to panic. That’s not the case now. We fight until the final whistle. It’s not over until it’s over,” signed off Navneet.