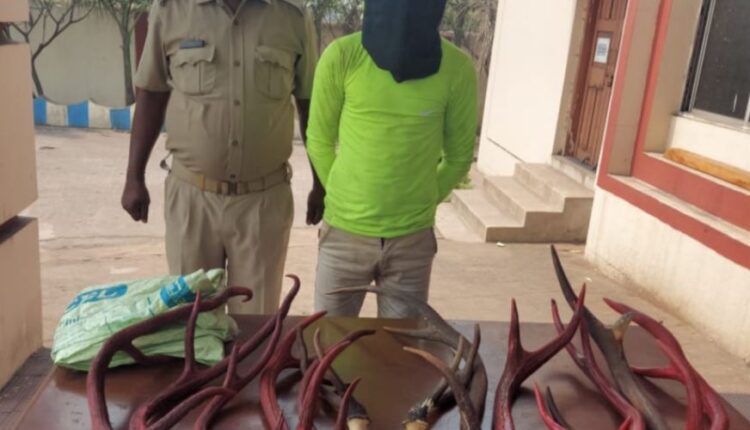 Sambalpur: Police have busted a wildlife smuggling racket with the arrest of one person in Sambalpur district. The arrestee has been identified as Bikas Jamudolia, a resident of Kanika village.

Acting on reliable input on wildlife smuggling, police conducted a raid and arrested the accused from a city bus. The cops also seized as many as 11 deer/Sambar horns from his possession.

On the other hand, the officials have handed over the accused and the seized items to the DFO, Wildlife Sambalpur for taking legal action as per Wild Life (Protection) Act, 1972.