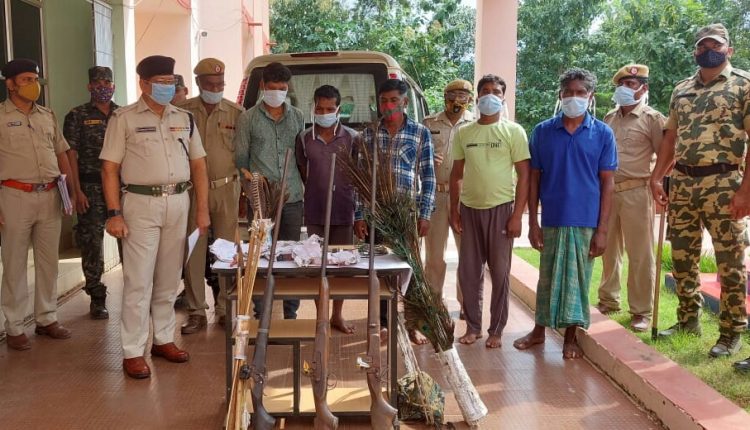 Deogarh: Police on Saturday busted a wildlife smuggling racket with the arrest of five poachers in Deogarh district and seized arms and ammunition from them.

Acting on reliable input, police conducted a raid and arrested five persons on PWD road adjacent to Talabila forest near Marha village under Barkote police limits while they were trying to flee from the spot, informed Deogarh SP Raj Kishore Paikaray, in a press meet.