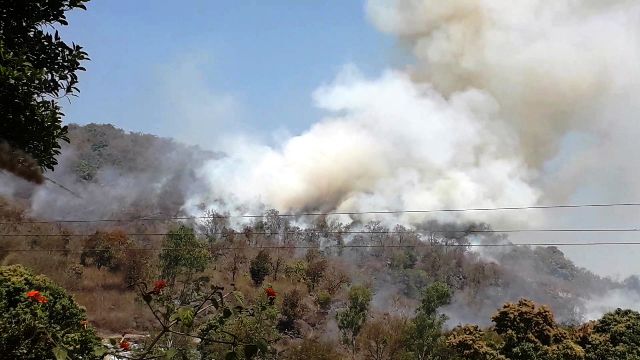 Semiliguda: A wildfire razed more than 5 acres of land in Jangamput forest under the Semiliguda forest range in Pitaguda Gram Panchayat of Koraput district on Sunday.

According to reports, the fire erupted at around 10 am today after an unidentified man went into the forest to collect Siali Seeds.

Residents of the nearby village have alleged that the unknown man started the fire in order to scare away the wild animals and collect the forest produce easily.

The inferno slowly spread to the entire forest for about 2 km razing down more than 5 acres of flora and fauna. Though the Semiliguda Forest Department were repeatedly contacted, no official responded to the calls for a couple of hours, villagers said.

Reportedly, the Forest Ranger along with other personnel have reached the spot and measures are being taken to douse the wildfire.