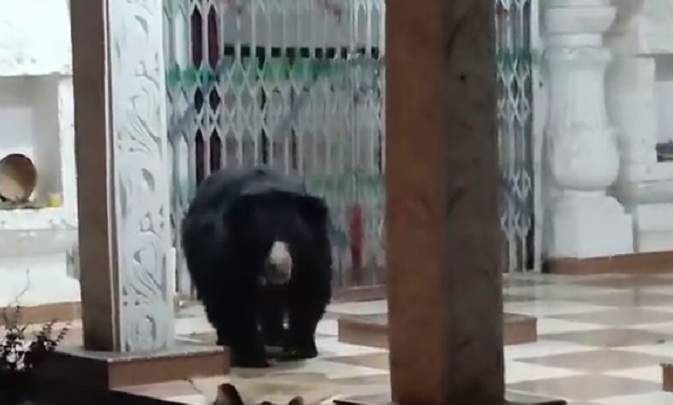 Kalahandi: Panic gripped the locals of Amapani near Dharmagarh here in Kalahandi district after a wild bear sneaked into the human habitation last night.

According to sources, the animal ventured into human society last night and moved around for one hour before leaving the place.

Later, it also strayed into the village area.

It is suspected that the bear entered the human settlement in search of food. Meanwhile, the animal has not attacked anyone.

A video of the animal roaming around the Budharaja temple at Amapani has also surfaced on social media platforms.

Sudasa Brata: Know The Significance Of This Unique Odia Ritual