Why Cristiano Ronaldo should be considered the best Euros player

When the eagerly awaited Euro 2020 tournament kicks off, plenty of action and records to be broken will be expected. One of the standout names will be Cristiano Ronaldo, who at 36, can lay a valid claim as being the greatest player to have graced the tournament. Some of the records he holds include playing the most games in the competition’s history, scoring the most goals in qualifiers. If he manages to find the net in this year’s tournament, he will be the leading scorer in the competition’s history. If you are a football fan eagerly waiting on the Euros and what will come out of it, you can head over to sites like comeon.com to bet on your favourite team and also discover a wide range of other games. Read on as we look at why Cristiano Ronaldo has a strong claim to the crown of the greatest players in the Euros. 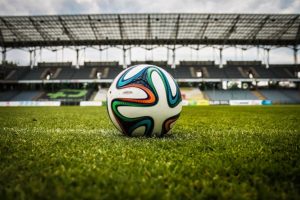 The records he has already broken

With 9 goals, the Portuguese is the joint top scorer alongside Frenchman Michel Platini. With Platini already retired, Ronaldo only needs to net once to be the top scorer. He also holds the record for scoring across all the four tournaments he has been involved in, at 21 games. In contrast, Platini scored all his 9 goals in the only tournament he was involved in having played only 5 games. Ronaldo’s 3 goals during the 2012 and 2016 editions also mean he is the only player to have scored 3 times at 2 different tournaments. When looking at the current crop of players at this year’s edition, Frenchman Antione Griezman could be his real threat as he is just 3 goals behind him. Ronaldo also holds the record for the most goals scored in qualifiers with 31, with the retired Robbie Keane second behind him with 23 goals.

There has been a heated debate about who is the greatest player in the world between Ronaldo and Lionel Messi of Argentina. However, Ronaldo can point out to winning a major international trophy when Portugal defeated host France in the 2016 edition, with Lionel Messi failing to win major international honours for Argentina. He also holds the joint record of playing in 3 semi-finals alongside Bastian Schweinsteiger of Germany. His 11 wins in the games mean he holds most wins alongside Spain duo Andreas Iniesta and Cesc Fabregas. If he plays a game in this year’s edition, he will hold the record for playing at more European Championships than anyone else. He has also played the most minutes than anyone else at 1,795 in the Euros.

What yet could he achieve?

“Our Team Combinations Are Working Well & Confidence Is High Within The…