Barang: It is a common myth that peacocks (males) dance to predict the onset of rains. Today, the same was noticed at Nandankanan Zoological Park (NZP) in Bhubaneswar. 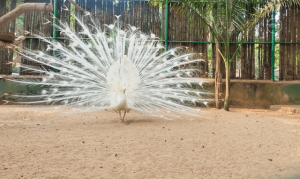 Peacocks spread out their colourful tail feathers and dance to attract potential mates. Peacocks are native to regions with prominent rainy seasons like India, Sri Lanka, and Myanmar. 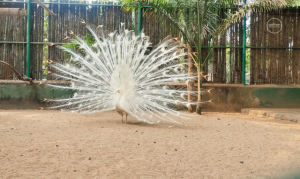 Coincidentally, the mating season and the rainy season coincide, and this gives the appearance that peacocks are dancing in the rain or indicating the onset of the rainy season.

When a male courts a female, he spreads out his tail feathers to display his colors and eyespots fully for her to see. Completely fanned out, the tail spreads behind the peacock in a full semicircle, though some peacocks have tails that are bigger than others.

Peafowl is the correct name for both the male and female peacocks but they often both get referred to as peacocks. Female peafowl are called Peahens.

Rahul Gandhi To Be Quizzed Again By ED Tomorrow