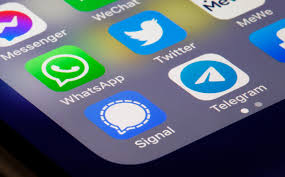 In cases where social media apps are being used to spread ‘mischief’, the government wants the ability to track down the instigators.

“We don’t want the content, because the content is already out there in the form of tweets or messages. But, who began the mischief? This, they [social media platforms] will have to disclose,” said the Minister of Electronics and Information Technology (MeitY), Ravi Shankar Prasad, while announcing India’s new IT rules on February 26.

The catch-22 here is, “Who came first, the chicken or the egg?” Without being able to peep at the content, how can one know who started a particular incident? And, how far back do you go to assign blame?

Platforms like WhatsApp, Signal and Telegram — who run their business on promising users’ privacy with end-to-end encryption — are going to have a tough time dealing with such a regulation once it comes into play after three months, when the new regulations are set to be enforced.

End-to-end encryption is a fairly simple concept. This means that no-one except for you and the person you are sending messages to, can peep into your conversations. The content is private and according to India’s Supreme Court, privacy is a fundamental right.

In the past, when the government has asked WhatsApp to identify the origin of messages, the Facebook-owned messaging service has always turned down such requests citing end-to-end encryption.

Even if a platform like WhatsApp were to break encryption in order to adhere with the government guidelines, it would be violating its own rules and regulations.

Moreover, in the past, the Indian government has suggested alternative means of tracing messages like digital fingerprints or embed a user’s information within the messages themselves.

Not that WhatsApp has complied because until now, intermediary platforms — like Whatsapp, Telegram, and Signal — have benefitted from the safe harbour protection available to them.

The government has mandated that finding the ‘first originator’ will only be in cases where the penalty is greater than five years. This includes instances where there may be a threat to India’s national sovereignty, security of state, public order, and other scenarios laid out under Section 69 of the IT act.

Parineeti Chopra Starrer “The Girl on the Train” Out On Netflix

Transfer Your SMS Correspondence Into Online