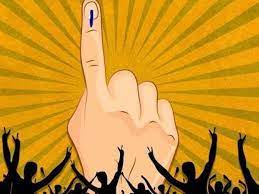 Kolkata: Polling began at 7 am on Thursday for the by-election to the Bhabanipur seat, where West Bengal Chief Minister Mamata Banerjee is contesting, and two other constituencies.

The by-polls are being held in south Kolkata’s Bhabanipur, besides Jangipur and Samserganj seats in Murshidabad district.

A total 6,97,164 voters are eligible to exercise their franchise in the three constituencies.

Votes will be counted on October 3.